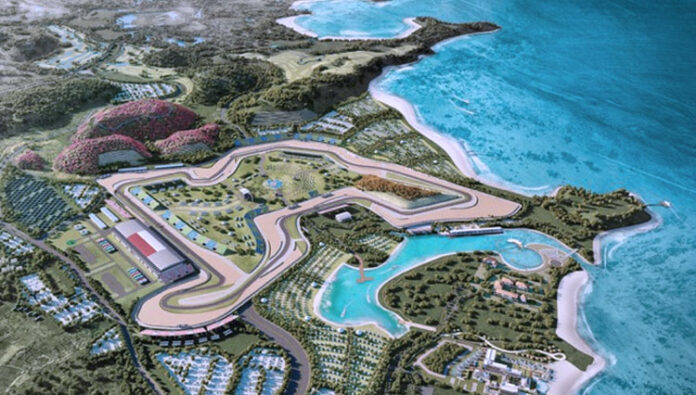 The Mandalika Circuit, which is located in Central Lombok Regency, West Nusa Tenggara Province, was inaugurated on November 12, 2021, ago.

Then, what are some interesting facts about the Mandalika race circuit?

This circuit has a length of 4.31 km and a total of 17 bends. This circuit also has a paddock or garage for racing teams that reach up to 40 garages!

Then, the capacity of the Grand Stand Seating Street on this circuit is more than 50,000 places, as well as for Non-Seated Area seating or standing stands with a capacity of 138,000 people.

The racers will be spoiled with beautiful views such as hills, beaches, and white sand in the tourism area of ​​The Mandalika.

The Mandalika Circuit track was built with the most modern asphalting technology called Stone Mastic Asphalt (SMA). SMA is an asphalt mixture used to coat the top surface of the asphalt.

The goal is to strengthen the surface layer structure with the principle of stone by stone contact so that the volume of asphalt used is also small. SMA has a high penetration power which makes it easier for racers to fall during a ‘wet race’ (slippery roads due to rain).

If you plan to watch a racing event at this circuit, make sure you don’t forget to visit the tourist area.

4 Advantages for Having Minimalist House