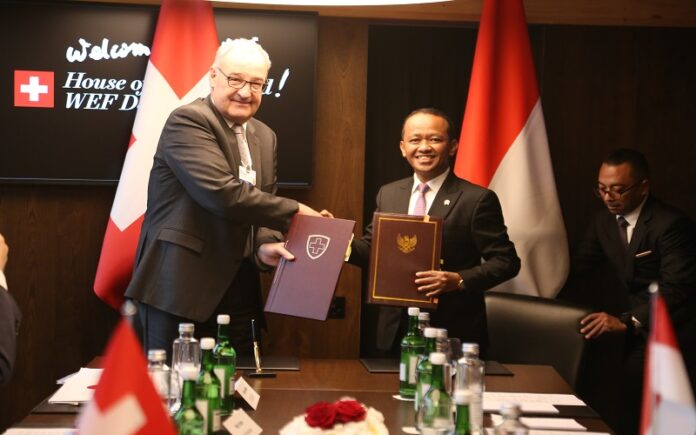 The agreement was made in the context of economic cooperation, especially investment between the two countries. The agreement will provide legal protection and business certainty for both Swiss investors in Indonesia and Indonesian business actors who wish to invest in Switzerland.

The Ministry of Investment/Investment Coordinating Agency (BKPM) through a press release stated that the scope of this P4M, among others, applies to investment both in Indonesia and Switzerland; does not apply to claims or disputes that arose before P4M took effect and does not apply to government procurement, subsidies or grants provided by the state.

This P4M provides benefits for investors from both countries, including guarantees of non-discriminatory treatment, not expropriation, freedom to transfer/repatriate, options for dispute resolution through international arbitration, and emphasis on not making investments that violate the law, especially corruption.

For information, this P4M will replace the previous P4M which was signed in 1974 and ended in 2016. This P4M will also complement the Indonesia-European Free Trade Association (EFTA) CEPA agreement signed in 2018 in which Indonesia and Switzerland are parties to the agreement.

Other ASEAN member countries that already have P4M with Switzerland are Vietnam, Thailand, Malaysia, and Singapore.

The Minister of Investment/Head of BKPM Bahlil Lahadalia, who represented Indonesia in the signing of the cooperation, hoped that the agreement could attract more investment from Switzerland to potential and priority sectors in Indonesia.

“We hope that this collaboration can have an impact on increasing Indonesia’s competitiveness in attracting investment from Switzerland, as well as opening up opportunities for national businesses to invest in Switzerland,” Bahlil said quoting a press release, Wednesday (25/5/2022).