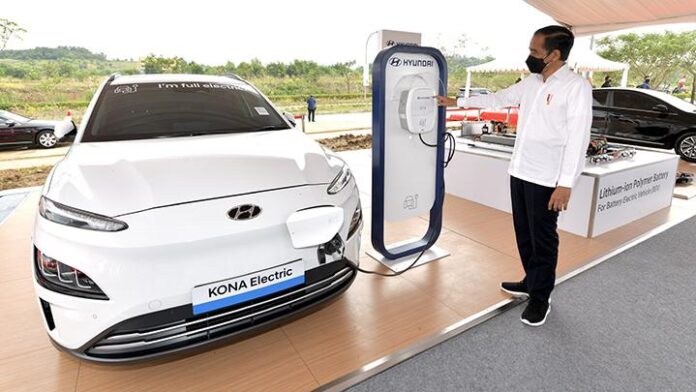 In supporting an emission-free country, the government continues to encourage the production and use of domestic electric car. Currently, investments to develop electric cars are in progress.

Electric cars are believed to be more environmentally friendly than conventional cars. This is because cars powered by electricity do not emit harmful gases that harm the environment. Emission-free!

Moreover, using electric cars is also believed to save energy expenditure compared to cars that use fuel oil. This is evidenced by the cost of charging an electric car battery which is cheaper than buying fuel.

PLN President Director Darmawan Prasodjo revealed that the cost of charging electric vehicles is cheaper than the cost of filling gasoline in conventional cars.

He also did not hesitate to reveal the cost comparison between refueling fuel or gasoline in conventional vehicles and charging electric vehicles.

He said that every liter of fuel is equivalent to 1.3 kiloWatt hour (kWh) of electricity. The price of gasoline per liter is around Rp. 7,000-Rp. 8,000, while the electricity rate per one kWh is only around Rp. 1,400. This means, that using electricity is one-fifth cheaper than using one liter of gasoline.

If referring to the law of conservation of energy, the use of fuel is said to be inefficient because more energy is converted into heat than kinetic.

The conditions are different when using an electric-fueled vehicle, where more energy is converted into kinetic energy.

In fact, if charging is done at home from 10.00 pm until morning, according to him, customers will get a 30% discount, so the electricity price is only around Rp. 1,000 per kWh.

“This means that if you pay for household electricity, it’s usually Rp. 1,400 per kWh, if you charge (electric vehicles) at night, it drops to around Rp. 1,000 per kWh,” he explained.