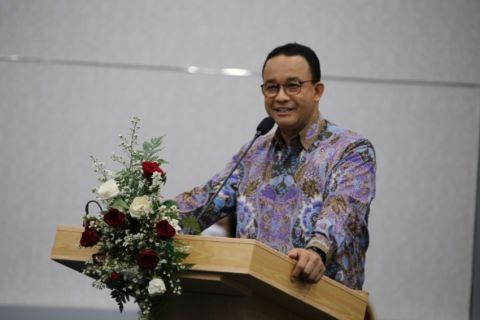 The Government of the Republic of Indonesia’s plan to move the State Capital from Jakarta to East Kalimantan will not have a big effect on Jakarta, especially the Jakarta traffic jams problem.

This was conveyed by the Governor of DKI Jakarta, Anies Baswedan. According to him, the contribution of the government sector to congestion in Jakarta is only about 7 percent of all community activities. Therefore, relocating the State Capital to East Kalimantan does not solve the congestion problem in Jakarta.

Anies said in a video uploaded to the DKI Jakarta Provincial Government Youtube quoted on Friday (28/1/2022), “So, this will not have any effect on traffic jams in Jakarta. Because Jakarta is a household activity and a place of business activity.”

This is indeed noteworthy because the government sector only accounts for 7 percent of traffic jams in Jakarta. If the government wants to reduce congestion, then they should find the effective one.

According to him, the most important thing is not discussing the transfer of the National Capital. Instead, Jakarta is a global city in the world.

“Well, now we are talking about how Jakarta can become one of the world’s global cities that serve it. It serves global needs. This is our challenge now,” he explained.

He also added that Jakarta is an example of a social, cultural, and civilizational node in Indonesia. He asked all parties to continue to maintain and strengthen it.

He believes that Jakarta is a city where all elements of the nation gather, that’s why equality is important. Anies also said that many people from all walks of life come to Jakarta, therefore justice is very important.

As previously reported, the Law on the State Capital (UU IKN) was officially ratified at the Plenary Meeting of the DPR RI, on Tuesday, January 18, 2022. The official name for the new state capital is Nusantara.

Blue Light from Gadget Could Damaged Your Facial Skin Health?