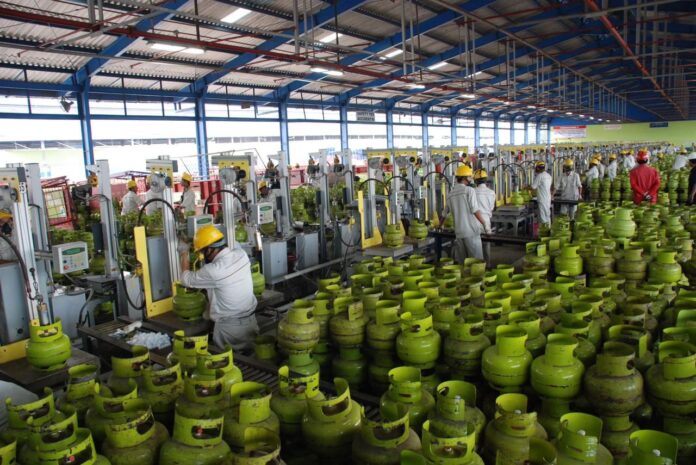 The government through the State Electricity Company (PLN) has a new program. The program is the transition of a 3-kilogram liquefied petroleum gas (LPG) stove to induction or household electric stove. The government said this program could save the state budget.

The transition is considered to be able to save trillions of Rupiah in the State Budget (APBN) through a decrease in imports of 3 Kg LPG.

According to Darmawan, the conversion program for LPG to Induction Stoves for 15.3 million customers will save the state budget of Rp 85.6 trillion for 5 years after the program is implemented. The cost of the conversion package in the form of stoves, utensils, and installation of special cooking lines can be allocated from the transfer of part of the subsidy savings.

Meanwhile, if the LPG-to-induction stove conversion program is extended to all PLN customers who are users of 3 Kg LPG as much as 69.4 million, it will save LPG import spending of Rp 44 trillion per year. Meanwhile, if the conversion program is only for 15.3 million customers, it will save LPG import spending by Rp 10.21 trillion per year.

“Save the cost of importing LPG with a conversion program in 2028, which is IDR 10.21 trillion per year,” said Darmawan in a Hearing Meeting with Commission VII, quoted Monday (19/9/2022).

Darmawan explained that the 3 kg gas subsidy that was not well targeted had cost the state finances more than Rp 300 trillion since 2017. Meanwhile, the subsidy has the potential to continue to swell from year to year due to the increase in the number of users and the volume of LPG use that cannot be controlled according to the target. subsidy target.

“Users of 3 Kg LPG are PLN customers which we ourselves have tried to identify by name by address, in this case, the first group is 450 VA with a DTKS of 9.6 million. And we have checked 99.99%, and almost all of them use 3 kg LPG stoves. We have checked in the field, whether it’s our branch office, our branch office, almost all of them use 3 Kg LPG, “he said.

In addition, 450 VA customers who are registered as non-DTKS 14.8 million, 100% are still using 3 Kg gas stoves. Likewise, customers of 900 VA who fall into the category of DTKS poor families of 8.4 million 100% still use gas stoves.

“For this reason, our electricity customers who enjoy subsidies who are also users of 3 Kg gas are 32.7 million customers. We have their data by name by address and their electricity bill,” he said.

US and Russia extend their nuclear arms treaty