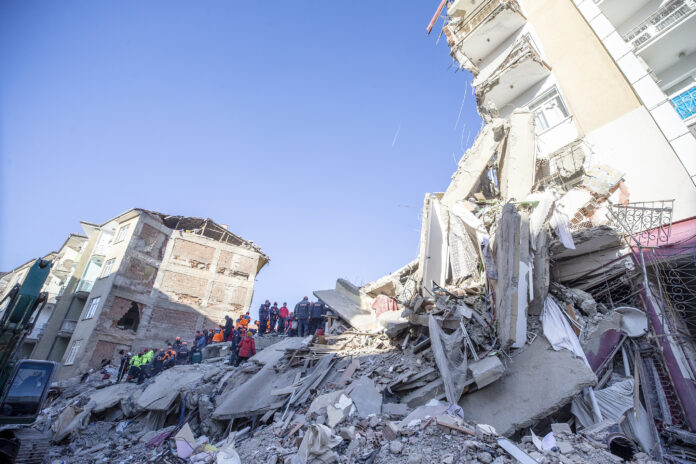 The number of victims from the earthquake with Magnitude 7.0 in Turkey and Greece continues to increase. Until now there have been 6 people died and 419 people were injured as the effect of the earthquake.

“At least 20 buildings in the Turkish city of Izmir alone were destroyed,” the city’s Mayor, Tunc Soyer said to CNN Turk.

The wreckage of multiple buildings in the city’s center could be seen with people climbing out to search the survivors.

As reported by the Associated Press, Friday (10/30/2020), the earthquake occurred between the Turkish coast and the Greek island of Samos. The earthquake has so far killed 6 people and injured hundreds of people.

Turkish Health Minister, Fahrettin Koca said that 6 people were killed in Izmir and 419 others were injured. He said 38 ambulances, two ambulance helicopters and 35 medical rescue teams were working in the Izmir region.

The Greek Institute of Geodynamics said the epicenter was at sea, 19 km from the island of Samos. The depth is 2 km.

Some photos showed a large church on the island of Samos collapsing. The earthquake was also felt in the Greek capital, Athens.

Footage showed water flooding through the streets of Cesme and Seferihisarin in Izmir province, as well as on the Greek island of Samos. Authorities were calling a “mini tsunami.” However, no tsunami warnings were issued.

“With all the supports of our country, we are with our citizens who have been affected by the earthquake. We are taking action to initiate the necessary work in the region with all relevant agencies and ministers,” Erdogan said.