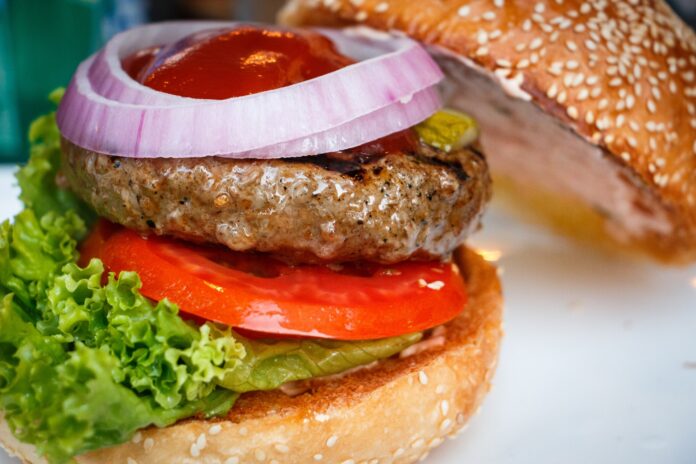 On World Menopause Day, people are reminded of being aware of the onset of menopause. Diet is an important factor in influencing how quickly a person experiences menopause. Menopause generally affects women at the end of the age of 40-50 years. But there are also those who experience premature menopause.

What must be realized, not only women, menopause can also be experienced by men called andropause.

Menopause in women is characterized by the cessation of menstruation. Whereas in men it is characterized by a loss of sex drive, erectile dysfunction, and a number of other physical and emotional symptoms that occur on average at the age of 40-50 years.

Amy Jamieson-Petonic, a nutritionist and exercise physiologist in Cleveland, said that a healthy and balanced diet is an effort to live a healthy life that is highly recommended for women who are approaching or have just passed menopause.

This is because, in addition to preventing premature menopause, consuming lots of whole grains, fresh fruits and vegetables, and lean protein can foster optimal health, thus providing a change in mood or feelings.

Her remarks are also supported by a survey of 400 postmenopausal women documented in an article published in April 2019 in the journal Menopause. It states that women who eat a diet rich in fruit and vegetables tend to report less symptoms of menopause than women who consume more sweet and fatty foods.

“Good nutrition can make a big difference in human feelings, also related to menopausal symptoms such as mood swings and fatigue, as well as bloating and possibly weight gain,” said Jamieson.

However, apart from diet, early menopause in women can also be caused by a number of things. Some that affect them include premature ovarian failure, ovarian damage due to chemotherapy or radiation, surgical removal of the ovaries, and genetic factors.

Furthermore, Jamieson detailed there are 6 types of food and drinks that need to be avoided because they can cause premature menopause, especially in women.

Rich, delicious flavored potato chips and biscuits are usually high in sodium, loaded with added sugar, or both. This content can make a person feel bloated.

Therefore, if you want to snack, then try healthier alternatives, such as cheese, carrots dipped in hummus, or some whole wheat crackers with peanut butter.

These types of food can make you feel full and last longer in the stomach, but can also encourage early menopause.

Spicy food that is familiar to Indonesians is not good enough for health. This is because foods that have a high heat scale can trigger excessive sweating, redness, and other hot flash symptoms.

To add flavor to bland dishes, it is highly recommended to replace spicy chilies like Jalapeno by sprinkling them with spices that give them flavor without too much heat, such as cumin, curry, turmeric and basil.

Fast food is considered to contain lots of fat which can increase the potential or risk of heart disease. Meanwhile, in certain conditions, heart is a disease that is susceptible to attacking menopausal women. In addition, according to the American Heart Association (AHA) fast food also tends to increase body weight, which can also worsen menopausal symptoms.

The solution is trying to choose healthier fast food menu options such as a grilled chicken sandwich on whole wheat bread with lettuce and tomatoes.

Excess alcohol consumption can actually trigger premature menopause. In addition, according to the North American Menopause Association, heavy drinking can increase the risk of cardiovascular disease.

Afterward, in the 2015-2020 US Dietary Guidelines for Americans, moderate drinking for women is defined as one drink per day or less. Women who drank two to five glasses a day had a 1.5 times greater risk of developing breast cancer than those who did not drink at all.

It’s good to avoid alcohol consumption. If you are still addicted, it is better to replace it with a white wine spritzer with fruit, which has lower alcohol content than most standard alcohol.

Apart from alcohol, the habit of drinking coffee is also not good to do continuously, because it can worsen premature menopause.

A study from the Mayo Clinic published in February 2015 in the journal Menopause, found that menopausal women who consumed caffeine were more likely to experience hot flashes than women who didn’t consume caffeine.

It would be nice, avoiding the habit of drinking coffee in the morning by consuming other warm drinks such as ginger tea or warm peppermint.

Apart from being high in saturated fat, foods such as brisket and steak can lower the body’s serotonin levels, and when the serotonin levels drop, a person will easily feel angry and irritated.

The solution, when you’re shopping for meat, try to choose alternative trimmers, such as chicken, turkey, and ground beef that are 90 percent lean or better.

The International Menopause Association and the World Health Organization (WHO) set October 18 as the world menopause day in 2009. This means that today is the anniversary of the worldwide menopause, which aims to increase public awareness regarding the condition of women when they stop menstruating.

Therefore, there is nothing wrong with knowing more details about the symptoms of menopause. Some of the symptoms that are signs of early menopause in women citing the UK National Health Service (NHS) website are as follows:

– flushing and feeling hot on the face, neck and chest

– vaginal dryness and discomfort during sex

Until now, there is no treatment that can prevent premature menopause. Hormone therapy and other treatments can help relieve symptoms and signs of early menopause in women.

While the Symptoms of Male Menopause or Andropause which are also quoted from the NHS include the following:

– Mood swings such as irritability

– Loss of muscle mass and reduced ability to exercise

– Lack of energy and enthusiasm, fatigue

However, male menopause is generally passable without the need for treatment. But if the symptoms really bother you, then immediately consult a doctor.

Black Fungus Disease in India Also Exists in Indonesia! These are the Characteristics

Are There Types of Masks that Effectively Protect the Body from Covid-19 Delta Variant?