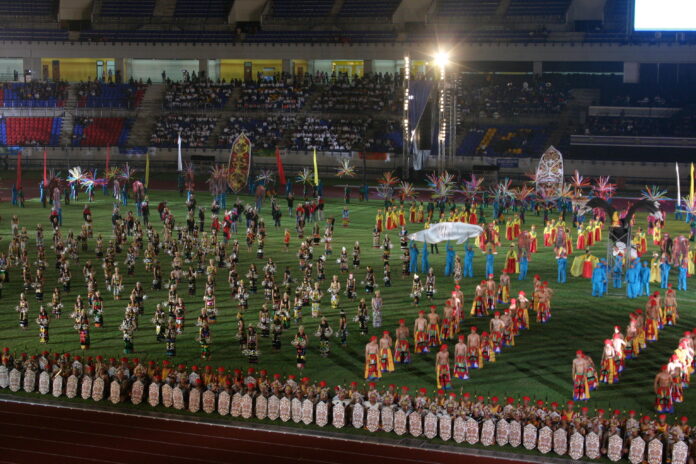 The provinces of Nanggroe Aceh Darussalam and North Sumatra (Sumut) officially will host the XXI 2024 National Sports Week (PON). Decree (SK) has also been issued directly by the Minister of Youth and Sports (Menpora) Zainuddin Amali on Thursday (19/11).

Aceh and North Sumatra have actually been selected as organizers of PON 2024 at the 2018 Central Indonesian National Sports Committee (KONI) Annual Meeting. However, the official decree was just submitted yesterday.

“The decree to determine the host of the XXI PON in 2024 feels quite long, because indeed the old rule only recognizes one province to host it. However, currently the places are in two Provinces so if forced to walk with the initial rules it will be problematic. Thus, we were trying to revise it. Regulation of PP No. 17/2007. Alhamdulillah it has been completed, ” Menpora Zainudin said at the submission of the Decree on the determination of the host of PON 2024.

Menpora explained that holding PON with two hosts was the first experience. He hopes that there are grey area in the SK that can be issue because it could become a dispute.

Therefore, the Menpora asked the Central KONI to detail the SK as a guide so it will not cause conflicts in the future.

Aceh Provincial Kadispora, Dedy Yuswandi admitted that he had been waiting for the decree for a long time. The reason is, Aceh is said to have prepared land to be built into sports facilities and venues for the upcoming PON 2024.

“We are very ready with all the preparations to host PON 2024. With the issuance of this decree, we are still asking for central government support, not only for budget but also for technical matters so that the implementation of PON Aceh and North Sumatra can be carried out properly,” Dedy said.

Meanwhile, the Regional Secretary (Sekda) of North Sumatra Province, R. Sabrina said that she was very grateful for the appointment of her region as the host of PON 2024. Just like Aceh, North Sumatra also admitted that it had begun preparations for the construction of sports facilities.

“We have completed an area of ​​300 hectares for the sports area of ​​North Sumatra. We have made the master plan and discussed the design we are currently working on. We need to learn from the experiences of other provinces so that after the event our venue can still be used and become a source of income for the community and province, ” Sabrina said.