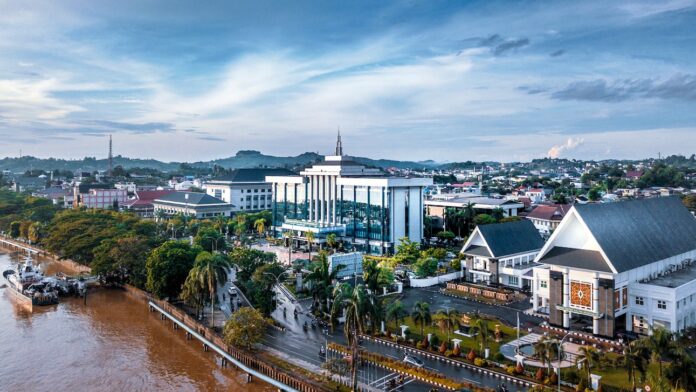 The candidate for the new capital city of Indonesia, East Kalimantan, recorded an investment realization of Rp. 12.1 trillion in the second quarter of 2022. This figure has increased by 29.26 percent compared to the same period last year, from Rp. 8.56 trillion.

Based on its location, the largest investment was in Kutai Kartanegara Regency, which reached Rp. 2.96 trillion or 33.52 percent of the total realization of domestic investment.

Then, Balikpapan City was in second place with achievement of Rp2.14 trillion or 24.27 percent and East Kutai Regency became the third largest contributor with an investment realization of Rp1.25 trillion or 14.16 percent.

For the realization of PMA, East Kutai Regency contributed the most with a value of US$ 102.22 million or Rp. 1.46 trillion, which reached 44.93 percent of the total realization of PMA with a total of 30 PMA projects.

“Alhamdulillah, we can still rise with the realization of this investment. Although, it is felt that the contribution from the center to the regions is not that big,” explained East Kalimantan, Governor Isran Noor.

Meanwhile, investors from Malaysia, Singapore, and China became the three countries that realized their investments were greater than 19 other investor countries.

“In principle, we are grateful, despite the Covid pandemic conditions, the realization of foreign investment is also running and growing in East Kalimantan. Hopefully, this will remain consistent until the people receive the benefits,” concluded Isran.

7,904 Base Transceiver Station Will Be Built in the Outermost Region of Indonesia.

Who Is Nanaia Mahuta, The Woman With The Tattoo On The Chin Who Becomes Foreign Minister Of New Zealand?

Do This to Avoid Your Work Burnouts