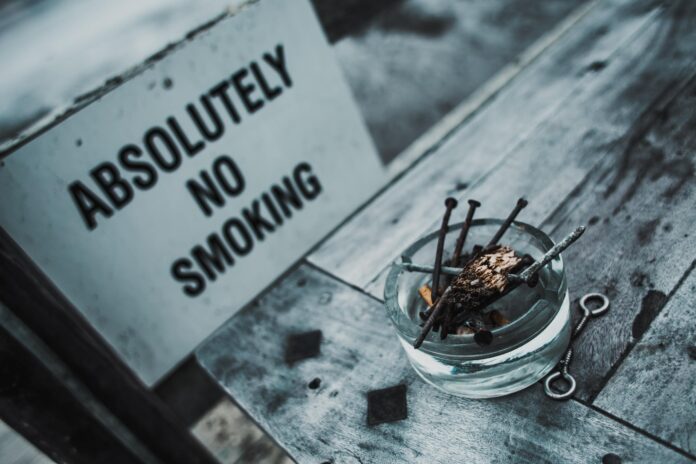 The content of cytisine or natural compounds can help reduce nicotine addiction in smokers. This innovation is based on the smoking level in Indonesia, which is considered very high.

According to the Unpad team’s search results, Indonesia’s smoking prevalence rate ranks seventh globally, with a smoking percentage of 39.90 percent. This figure accounts for the very high number of deaths due to smoking in Indonesia in recent years.

For these problems, the team found a solution by looking for natural compounds which can reduce nicotine addiction.

They found cytisine which can bioactivate to prevent the nicotine’s binding to the brain’s receptors. According to Rifky (a member team), nicotine is an additive that can bind to receptors in the brain.

Meanwhile, based on the results of existing studies, cytisine can bind to receptors in the brain seven times stronger than nicotine.

“Cytisine itself is already popular in continental Europe as a therapy to reduce cigarette addiction. This compound has been organically synthesized and has been traded widely in tablet form. Unfortunately, this is still not popular yet in Indonesia,” he said.

The team chose lozenges because there was a research that explained the side effects of cytisine tablets sold in Europe. The effects felt by consumers when taking these tablets are nausea and the wanting to vomit’s feeling.

Rifky also explained that the team chose lozenges’ type with a chewy texture rather than the solid one.

Then in order not to cause nausea when consumed, the team also combined it with fruit flavors.

“The goal is to increase a sensation in the mouth. Smokers can have a psychological alternative in their mouth that can divert activity in smokes desire,” he said.

Lozenges products created by Unpad students are named “Kokro” which is a syllable reversal of the morpheme “cigarette” (re: Rokok in Indonesian).

“Changing the syllables of cigarettes into “Kokro” has a hope that this product will be able to restore human health as it was before smoking addiction,” said Rifky.

They hope that with the philosophy behind the name “Kokro”, they can restore human nature as healthy creatures.

NTB’s Highest Inflation Contributed by Airline Tickets during the MotoGP