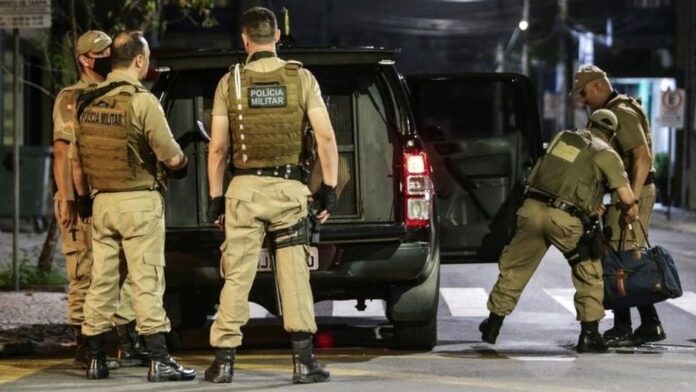 A group of fully armed robbers reportedly looted and robbed a bank in the city of Cameta, Para state, Brazil on Tuesday (1/12). Two people were shot by gunfire, including one hostage who died.

Several other people were hospitalized for injuries on their legs.

The Para public security secretariat reported more than 20 criminals with rifles attacked the branch of the Bank of Brazil run in the city in the Amazon region.

The Bank of Brazil in a statement said it was conducting a joint police investigation and had not yet begun structural damage to its branch office. Images published by bold media G1 show broken glass scattered across the floor.

Tactical and police forces from other areas have been deployed to assist Cameta police. The party who found the trucks and explosive devices were victims of criminals.

“Our city is always peaceful and I ask everyone to stay at home,” he said in a Facebook post on Wednesday (2/12) morning.

Reported by the Associated Press, neither the bank nor local officials said how much money may have been stolen.

Videos posted on social media showed about a dozen hostages being taken away from Cameta square, where the sound of gunfire was immediately heard at night. Local media reported that the police station was also attacked.

“They went around shooting at police and at houses. It was a terrible sight to see,” local resident, Junior Gaia, said in an interview with television network Globo News.

“We were all lying on the floor, afraid they would invade the houses,” he added.

The attack came just a day after a similar attack struck the town of Criciuma in southern Brazil, Santa Catarina state. Dozens of men armed with assault rifles reported seizing the city and taking people hostage to rob banks.

They obstructed the police by shooting gunfire into the air.

“It would not have happened without planning. This is another piece of data that everything was planned. They are thinking about the location, and the timing,” Cassio Thyone, a board member of the nonprofit Brazilian Forum on Public Safety told the Associated Press.

He added that at this stage it was impossible to say the two incidents were coordinated by the same group. However in the past, a powerful organized crime and drug trafficking in Brazil has been suspected of being involved in the attacks.

Jokowi Is Ready to Face Another WTO Lawsuit Regarding Bauxite Export...